All my pictures are hand-drawn using a vector-based drawing program. They are then transferred into Adobe Photoshop – but only for printing. My drawings are not filtered photographs. No 'special effect' plugins are used. The images are actual drawings drawn by me and the prints are exactly as drawn.

My pictures are drawn in much the same way as an architect draws a building, using lines. I did not usually create the original image. I choose one then transform it, so the pictures are 'transformative works'. I transform an image by drawing temporary lines over it to separate it into blocks of colour that are then filled in, each with its own single flat colour. The lines form a complex structure of interlocking shapes. A picture might consist of thousands of separate shapes all stacked one on another. When the shapes have been filled with colour the lines are deleted and the picture is finished. 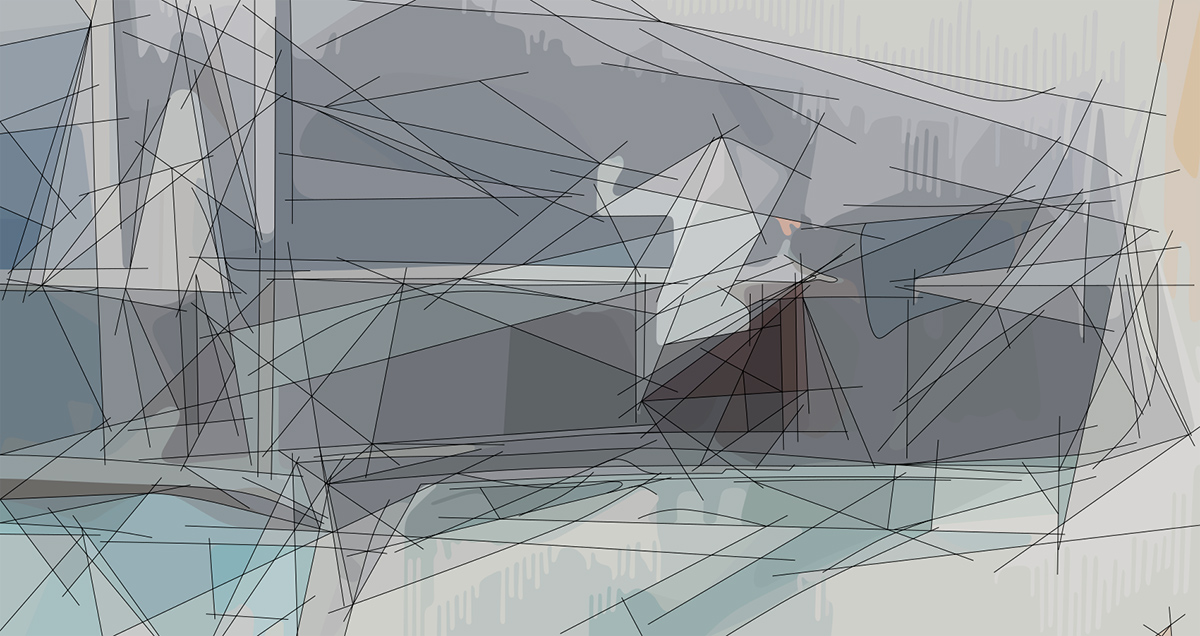 Part of a picture showing temporary lines and coloured shapes underneath.

Craftsmanship is a measure of quality and I am fairly obsessive about it. The craftsmanship in a picture may not be especially apparent standing back from it but it matters on close inspection. The aim is good shapes perfectly aligned, not from a few inches away but at maximum zoom normally invisible to the eye. It's like diamonds – important to know it even when it can't actually be seen.

I do not know whether it significantly improves the overall visual effect unless one knows about it. Some art is deliberately sketchy. Mine isn't. It is deliberately crafted to be as accurate as possible. I suppose that is the consequence of (i) natural obsession and (ii) being an architect.

Typically, one drawing might take 5 to 10 days, depending on the image and the amount of detail. Sometimes 15 days. This big drawing took me about 3 months. 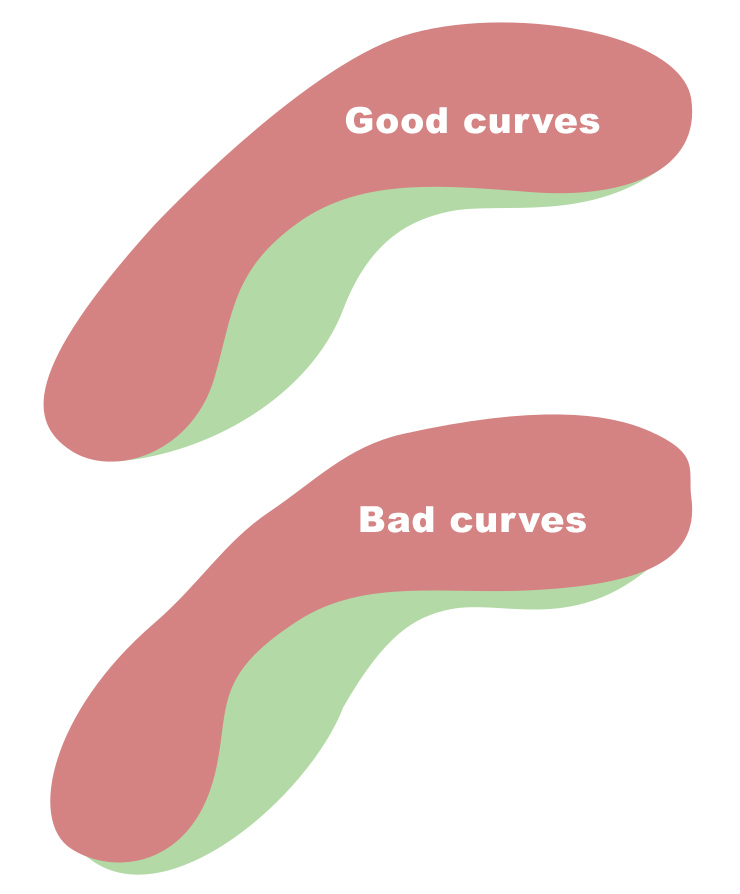 It may be or it may not. I don't know and I don't really care. My pictures are probably more about design than art. There are so many different ways to produce images now, it's hard to know what art actually is. The main thing is that the pictures should be both pleasing to look at and intellectually satisfying by knowing how they were created.

The subject matter is pretty much the same as my oil paintings: mostly women (especially faces) with an occasional street scene or something with shape, like a boat. If it's a face I like to think it is not simply a face but an expression or a circumstance that says a bit more. If it's a figure I like to think it expresses attractiveness of shape. Either way, I draw what I want to draw and not for the market.